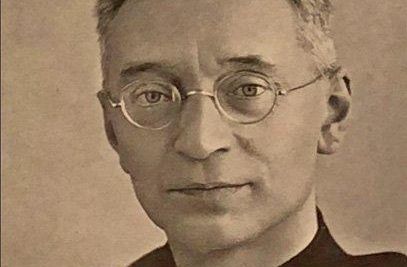 Pope Francis has announced that Blessed Titus Brandsma, OCarm, will be canonized on Sunday 15 May 2022 in St Peter’s Square. The announcement came during a Consistory (meeting of Cardinals and the Pope) in Rome. Brandsma was among 3 other Blesseds approved for canonization at the Consistory.

Brandsma, the ‘dangerous little friar’, ran foul of the Nazi authorities in Holland during World War II for his stance against Nazi ideology and anti-Semitism. He fought to keep Nazi propaganda out of the Catholic and secular press and to keep Jewish children in Catholic schools. He was arrested, imprisoned and finally sent to Dachau Concentration Camp where he was killed by lethal injection on 26 July 1942.

Fr. Míceál O’Neill, Prior General of the Carmelites, greeted the news with these words:

“Sisters and brothers in the Carmelite family,

I join with all of you in giving thanks to God today for the announcement of the date of the canonisation of Blessed Titus Brandsma. This is news we have been awaiting for a long time and it comes as the result of the Church’s recognition of the holiness and witness of Titus Brandsma, and the work of our present Postulator General, Dr Giovanna Brizi, her predecessors and their many collaborators whom today I want to applaud and thank for their great work.

Although the time is short between now and the 15th of May, I believe we must use this this time to reflect together on the significance of this event for our lives and for the life and mission of our religious family, and to share the good news with as many people as possible. It is not without significance that we have this celebration at a time when truth and integrity is suffering seriously in the major conflicts that now threaten the peace of the world. Titus Brandsma stands before us as an example and model of a life lived in allegiance to Jesus Christ. We believe that he also intercedes for us in heaven. Thus, the importance of the miracle that restored the health of Fr Michael Driscoll of the North American Province of St. Elias.

As an example and model, we see in Blessed Titus what it is to be a decent human being, a well-formed and committed religious and Carmelite, a saintly priest, a talented teacher who loves his students and a journalist who is dedicated to the primacy of the truth and all the best principles of good journalism. In addition, we are moved to the depth of our being by the story of his last months. Here we see a child of God who finds that his ultimate happiness lies in God and because of this he is at peace even in the most awful of circumstances.

Titus held no grudge against those who trampled upon his ideals or those who eventually took away his life. His wanting everyone to be saved is a very clear sign to us today of how we must dedicate ourselves always and everywhere to the work of the Gospel and use all the gifts of Carmel to produce in this world the kind of justice that respects the dignity of every child of God. Blessed Titus Brandsma, soon to be Saint Titus Brandsma, pray for us.